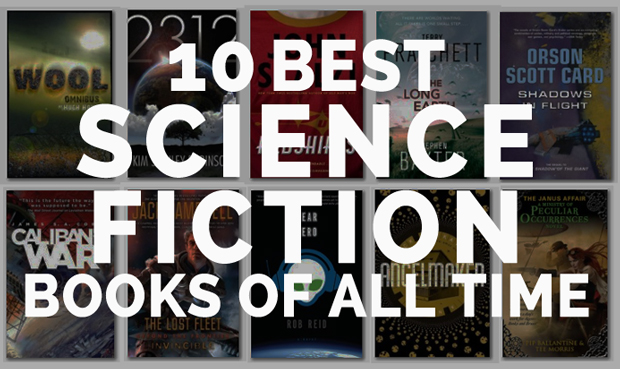 Science fiction quite literally means the literature of change; this includes all the modern day technological and scientific advancements to create an imaginative future. The sci-fi genre can be subdivided into astronomy, astrophysics, fantasy, science, time travel and so much more that it is beyond the scope of this article to discuss them all. Hence when I sit back to contemplate the top 10 of the list it is impossible not to exclude some of the ‘all-time-favorites’. The science fiction experts reading this blog might give the writer a condescending nod as I leave out their top best science fiction books, however, I’m going to take the risk and go ahead with my list.

The novel is set about 20,000 years ahead with Dune Leto as the main character. The plot of this novel takes some excitingly shocking twists that leave the readers in suspense. The ending is definitely a cliff hanger which will make the reader want to keep reading on. The Dune series have been a popular hit since the 1990’s coming a long way up to 2009.(Buy)

Therefore if you are a ‘cyberpunk’ or and ‘IT freak’ you should undoubtedly give this novel a read.(Buy)

The story of Victor is told in third person by Robert Walton who narrates to the audience every detail about Victor’s life. Victor being the genius since childhood, ends up accidentally creating a monster. The monster is now dedicated to avenge his rejection from mankind from his creator and his creator’s family.(Buy)

The book takes the reader through a journey with a mix of emotions about the main character, Foyle. Great read, highly recommendable.(Buy)